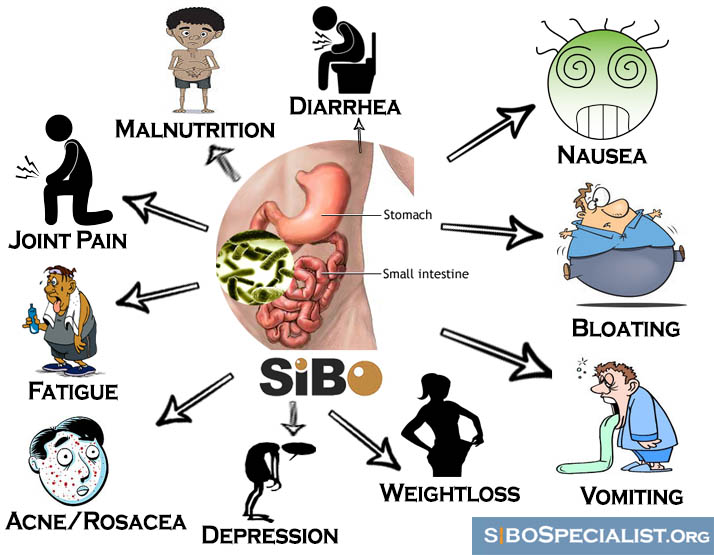 In the last 5 to 10 years there has been an influx of emerging research linking a broad range of conditions previously referred to as “cause unknown” to an overgrowth of pathogenic bacteria in the digestive system.

For many people, and particularly due to the diverse range of symptoms involved, it can be hard to understand how a problem with the gut can lead to such problems. However in general medicine has been guilty of failing to examine one of the most basic functions of the human body for many decades – the human digestive system.

Even today it would seem that on a wide scale many health authorities on national levels are failing to recognized the effects, or in some cases to acknowledge the existence of, bacterial overgrowth and this is despite research emerging which validates it. In cases where it is both recognized and treated, many people are becoming aware that their condition has become chronic and, despite treatment, find the problem reoccurs.

Patients who have suffered from the chronic effects of this condition are now seeking to inform themselves not only about the cause, but also how to mitigate the symptoms of it, outside of conventional medicine. And, to enable them to understand it, first we need to examine just what is going wrong.

“You are what you eat” has been the mantra not only for many people on a personal level but also the medical community for a long time. Having a balanced diet, we were told, will result in optimum health. There can be no doubt that eating a well balanced and nutritious diet is essential, however if you have a problem with digestion, then no matter how well you eat, you will eventually become ill.

Not only is the type of food we eat important, but also what happens after we eat it. Because eating is as autonomic to us as breathing we rarely, if ever, consider the significance of it other than thinking of calories and it providing the nutrients and vitamins we need to stay well and healthy.

Yet the digestive system of the human body is more or less unique. The upper digestive system allows us to digest meats effectively and the lower half vegetable matter and fiber, and, at each stage of the digestive process we are able to extract various nutrients and compounds which are then distributed to every cell in the body.

Digestion actually starts in the mouth as we chew and saliva releases enzymes to help degrade the food. After we swallow the food it tracks the following path: down the esophagus, before being released into the stomach. The stomach then empties into the small or upper intestine which is also referred to as the upper colon. The small intestine consists of three main sections: First there is the Duodenum, next comes the Jejunum, and finally the Ileum. What remains of our ingested food then travels from the ileum into the large intestine, which is usually referred to as the large colon or bowel.

At each step of the way on its journey through our digestive tract food is constantly degraded further by a mix of acids, alkali, enzymes and bacteria which extract nutrients from it so they can be absorbed into our body through the intestinal wall.

For example in the stomach some of what we absorb includes water, copper, fluoride and iodide. In the small intestine, depending on which section the majority of absorption takes place (duodenum, jejunum or ileum) we see the absorption of:

and many others, including lipids and amino acids.

If we move on to the bowel also known as the large intestine or colon, we still find absorption taking place but it is more limited and includes:

As I mentioned above the factors involved in degrading food to enable nutrients to be extracted and absorbed include acids, alkali, enzymes and bacteria. Bacteria, despite them earning a bad name in contemporary society, actually perform essential duties in our digestive system.

As an analogy; consider what happens to grass cuttings if you leave them. Slowly bacteria rot them leaving only earth packed with concentrated nutrients which are leached back into the land. Without bacteria our world would be full of an awful lot of rubbish. In the digestive system a similar thing happens, but with the additional benefit of acids, alkali and enzymes. Food is not “rotted” in our system, but quickly “degraded.”

But this system can, and does, go wrong. What happens in the case of SIBO is that numerous factors can contribute to an overgrowth of bacteria which become pathogenic in that environment. Under normal, healthy circumstances good bacteria far outweigh any pathogenic bacteria. But when something happens to tip the balance, for example taking antibiotics which kill both good and bad bacteria, then the bad bacteria can take a hold in the digestive system and this is known as bacterial overgrowth.

Another way which has been suggested that pathogenic bacteria take a hold in the small intestine, is because strains of bacteria which are active in the bowel (large intestine or colon) migrate upwards into the small intestine where they again overwhelm the good bacteria and their activities have a negative rather than positive function.

Because research indicates that there is a prevalence of pathogenic bacteria in the upper intestine rather than in the colon where they normally reside a hypotheses is that they have made their way upwards 1. However other research suggests that slow bowel motility results in the pathogenic bacteria being left in the higher part of the intestine rather than being moved into the bowel2.

Currently the trend favors the upward mobility of pathogenic bacteria since the overgrowth generally causes a change in how the intestine moves foods along, however that would seem to contradict with other possible causations one of which is low gastric acid secretions. This suggests that the problem occurs prior to the bacteria reaching the small intestine.

The area of gastric bacteria and digestion is highly complicated and not well understood. There are between 300-500 bacteria live in our digestive tracts and even now science does not know what a large proportion of them feed on. Neither do they understand how these bacteria interact as a community.

Yet all in all science does know one thing, SIBO is exactly as described – Small Intestinal Bacterial Overgrowth.

Learn what I think about Canxida and Canxida Remove. Click here to read my full canxida review.

Candida Crusher book for SIBO and Candida on Amazon.